Ian Macdonald is an internationally acclaimed documentary photographer based in the North East of England.

He has photographed the people and places of Teesside for the past 40 years. His love of the region, the beauty of the landscape – great expanses of wildness nestling alongside some of Europe’s most heavily industrialised areas – and his stolid admiration for the people working and living amongst this environment has resulted in the most honest and passionate depiction of a place that he continues to record today.

Much of the cultural heritage in Teesside has been built on over 160 years of iron making in blast furnaces.

In the 1880s there were as many as 166 furnaces operating in the region. The economic downturn has hit Middlesbrough hard.

The shut down of Redcar Blast Furnace early in 2010 resulted not only in many job losses throughout the region, but left its people once again facing a future where hope seems impossible. 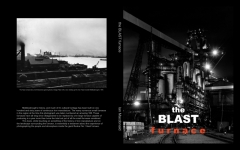 END_OF_DOCUMENT_TOKEN_TO_BE_REPLACED

Throughout 2006-2007 Ian lived as part of the Eton College community as artist-in-residence, teaching and making a photographic response to that environment. The book “Eton” represents his personal reflections to his time there.

END_OF_DOCUMENT_TOKEN_TO_BE_REPLACED 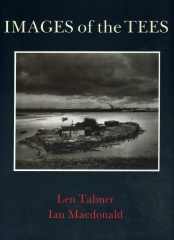 This is a much more visual and reflective book and is essentially a statement about the river Tees estuary, much altered even in the lifetimes of the artists and is about how man has increasingly come to dominate his environment. 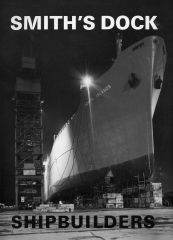 This book details the final months of the last working shipyard on the river Tees at South Bank near Middlesbrough. Though predominantly a visual book its compelling text arises from taped interviews made by the artists from a wide selection of the workforce. Plans, maps and old photographs make up the rest of the body of the book.

The books ‘Smith’s Dock Shipbuilders’ and ‘Images of the Tees’ are both artists’ collaborations between photographer, Ian Macdonald and painter, Len Tabner. 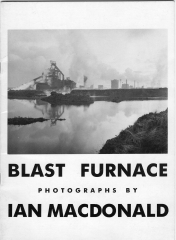 Long out of print, Blast Furnace is a booklet published to celebrate the 1986 exhibition ‘Blast Furnace’ itself being part of ‘Industrial Heritage Year’ at the Photographers’ Gallery in London. 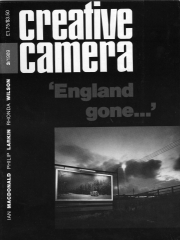 A Creative Camera Monograph 3/1989 compiled by Peter Turner and Ian Macdonald uses photographs, drawings and poems by Phillip Larkin as a reflection of Ian’s sense of loss experienced throughout his lifetime of some of our finest natural environments and also a certain sense of community.

2. In the ‘Art of Photography’, a publication by Yale University Press (ed Mike Weaver) about the 150 year history of photography staged by the Royal Academy in 1989.

4.In the ‘Independent’ magazine 7 June 1989, an article entitled ‘Man-Made Wilderness’. 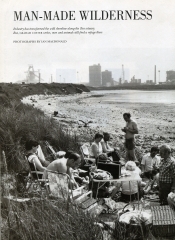 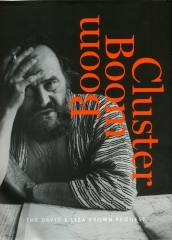